The Costa Rican Caribbean is located on the east coast of the country, between the San Juan River to the north, bordering Nicaragua and the Sixaola River, the border with Panama, and separated from the Central Valley by the abrupt mountains of the Central Mountain Range.

The various indigenous races that originally inhabited this area mixed with Spanish during the colonial era and with black people who came from Africa and Jamaica in different migration waves creating a big impact on the economic and cultural development of the province of Limón.

-Explore the hidden wildlife on the canals/lagoons of Tortuguero National Park also called the Amazon of Costa Rica.

-Snorkel the coral reef gardens and wildlife such as monkeys, sloths, red and green frogs, iguanas, and toucans, among other species of Cahuita National Park.

Any time of the year.
The best time is during September and October (Caribbean Summer)

* Make sure you pack a good attitude. In the Caribbean, things might take longer to happen, plans may change, rains could park over the land and make themselves at home, and the ATM, the electricity, the internet, and even the water service could run out on you at times. Transfer in SJO Airport to your hotel

On arrival at the San Jose International Airport (SJO), you will be meet & greet by our bilingual representative who will help you with your luggage and transfer you to the hotel. Welcome to Gran Hotel Costa Rica, Curio Collection by Hilton, an iconic gem in the heart of San Jose. Located on the pedestrian boulevard Avenida Central, our hotel overlooks the National Theatre and is steps from cafés, shops, museums and other top attractions. Today you will enjoy a Walking & Sightseeing Tour of the city with your guide. San José is full of interesting stories and rich history, you just need a good storyteller to unveil its charms for you.

On this tour, we will walk through the major historical landmarks such as the National Theater (1897) Correos de Costa Rica building (1917) experience the daily bustle of the Central Market, and the modern cool spots as well as share how locals enjoy their city.

Entrance fees to attractions are to be paid on-site. Tortuga Lodge & Gardens offers an award-winning getaway unlike any hotel in Costa Rica. Just outside your door, the pristine rainforest surroundings beckon you to explore the mysteries of this complex ecosystem.

A rustic river lodge built in harmony with its tropical environment, our hotel offers a tranquil, relaxing, and exclusive experience. Each of our 29 rooms features sweeping views of the Tortuguero River and luxury amenities. Thoughtful guest comforts range from free Wi-Fi and nightly turndown service to rubber boots, walking sticks, and umbrellas for your rainforest excursions.

As the only hotel in Tortuguero with its own private nature reserve, we offer an array of adventures and activities. Daily nature walks are led by experienced naturalist guides, who also lead tours to turtle nesting sites, boat rides and kayak trips up the Tortuguero River, twilight nature hikes, and more. Free fishing poles and tranquil sitting areas and hammocks make it easy to relax and enjoy the surroundings in solitude.

Go back in time to the age of Caribbean Victorian sophistication and luxury, where historical charm and classical furnishings are complimented with lighthearted tropical accents. Your suite’s generous layout is orchestrated to capture the breezes and natural beauty of the Tortuguero canals and gardens. Witness the union of the jungle and river habitats and an abundance of wildlife such as otter, iguanas, monkeys, and hundreds of birds from your spacious balcony with a hanging bed. Enjoy floor-to-ceiling screened windows, a king-size bed and a daybed, the finest linens, efficient Eco-fans and AC, and a delightful bathroom with a solar-heated rain shower and view of the garden and canals. You will be picked up in the town of Guapiles for the private land transfer to the Southern Caribbean Coast. Located in the beautiful and laid-back Playa Cocles, you will find Le Cameleon Boutique Hotel. Just minutes away from the town of Puerto Viejo de Talamanca, Limón.

We pay homage to the ever-changing colors of the chameleon with all-white minimalist rooms punctuated by a splash of bright color. One thing remains consistent, however, and that’s the comfort and peaceful ambiance of our rooms. We take care of every detail to make your stay the ultimate experience you deserve.

Across the street from the hotel, you will find the charming Playa Cocles, a crowd-free sand beach, perfect for relaxing, surfing, or swimming. At NOA Beach Club, guests enjoy classic Costa Rican hospitality with cocktail hours, entertainment, and dining. There is also an ocean Pool, including a deck lounge with seating areas and a Beach Mojito Bar. For the enjoyment of your whole family, there will also be a Kinder Playground and sun chairs and umbrellas, to fully savor all that Playa Cocles offers.

Located on the ground and first floor, our Deluxe rooms have porches that open to Le Caméléon’s lush tropical gardens. Each Deluxe Room has two full-size beds or one queen and one full-size bed situated in a comfortable 35-40 m2 area (approximately 375-428 square feet).

Our Deluxe rooms feature our signature contemporary and minimalist décor with splashes of vibrant color. These rooms are perfect if traveling with a friend or family and if you require the ease of a first-story accommodation. Cahuita National Park has the largest system of Coral Reefs in Costa Rica, including 6 species of coral, a wide range of colorful tropical fishes and the occasional encounter of a harmless reef shark or stingray. This beach has a horse shoe shape, with the entrance of the park at one end and beautiful Punta Cahuita at the other end. We start with a scenic 20 minute boat ride to have two snorkeling sessions. Then we get drop off at the Punta to enjoy a delicious fruit and snacks break at the beach followed by a 1 hour guided hike in this wonderful coastal forest: monkeys, sloths, birds, poison dart frogs, iguanas and other interesting encounters are common.

Pick up at your hotel for the private transportation from Puerto Viejo, Limón back to your hotel in the San José area.

*There are domestic flights from Limón Airport to SJO Airport with a flying time of approximately 45 minutes.

Welcome to Gran Hotel Costa Rica, Curio Collection by Hilton, an iconic gem in the heart of San Jose. Located on the pedestrian boulevard Avenida Central, our hotel overlooks the National Theatre and is steps from cafés, shops, museums and other top attractions.

You will be picked up at the hotel for the private transfer to SJO Juan Santamaria International Airport on time for your check-in process with your airline. 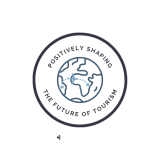